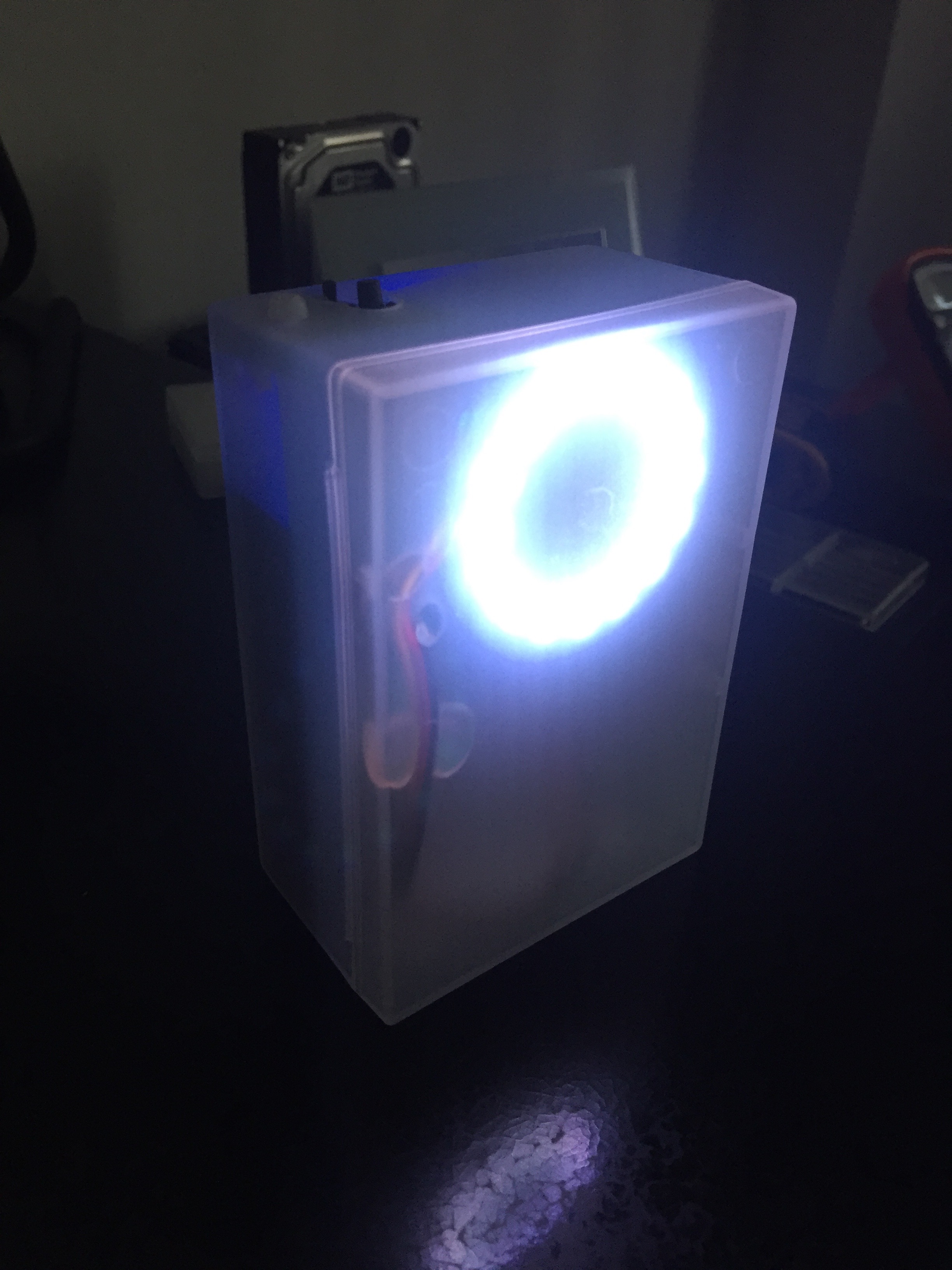 My latest arduino-based project is a bench light and exhaust fan to use when I am soldering.

Update April 8, 2017: I replaced the slide switch with an LED button from Adafruit. Unfortunately, I’ve somehow shorted it so the LED portion doesn’t work.

The brains of this project is a Metro Mini from Adafruit. They sent one for free in a large shipment of stuff and I just recently got around to using it.

The light is a 16-LED NeoPixel Ring also from Adafruit.

The fan is something I found at my favorite tech mall; Sim Lim Tower (not to be confused with the nearby Sim Lim Square, also a tech mall). It is a 5v, 50mm fan.

I’m running the Metro at 3.3v logic level and using a Power Boost 1000 to maintain the battery and to provide 5v to the power-hungry NeoPixels. The Metro runs 5v logic by default but I dropped it to 3.3v to reduce power consumption at idle. I utilize the Power Boost’s enable pin to turn 5v on and off.

The box is just a box I found at Muji. It would also work nicely for an Arduino Uno.

The smaller pushbutton does the following:

The larger pushbutton turns on the fan.

I had the fan shroud 3D-printed.

Things I still need/want to do with the project: