Problem: Stinky boxing gloves due to moisture build-up inside from sweaty workout.

Solution: Build a smart dryer that reads the humidity inside the gloves and powers fans to circulate the air.

Normally I’ve been leaving my gloves positioned so that the opening is pointing straight up towards ceiling fan that I run on high for a few hours to dry the gloves. This works okay but eventually the gloves start to stink because moving air doesn’t reach parts of the inside of the glove—namely the compartment where the fingertips go, because its curved.

There are glove dryers out there that I can buy, but what fun is that when I can make one?

The dryer is at a stage of proof-of-concept and yesterday I got the opportunity to test it…and it worked well!

I used the Grove base and sensor because they are plug-and-play and made it easier to learn other things. But I wouldn’t necessarily use them again, partly because it feels like cheating.

In the image below, the diode looks like it’s connected clumsily but that’s how I had to represent it in the diagram. In reality, the diode is directly inline with the transistor. Hopefully that is more clear in the photos. 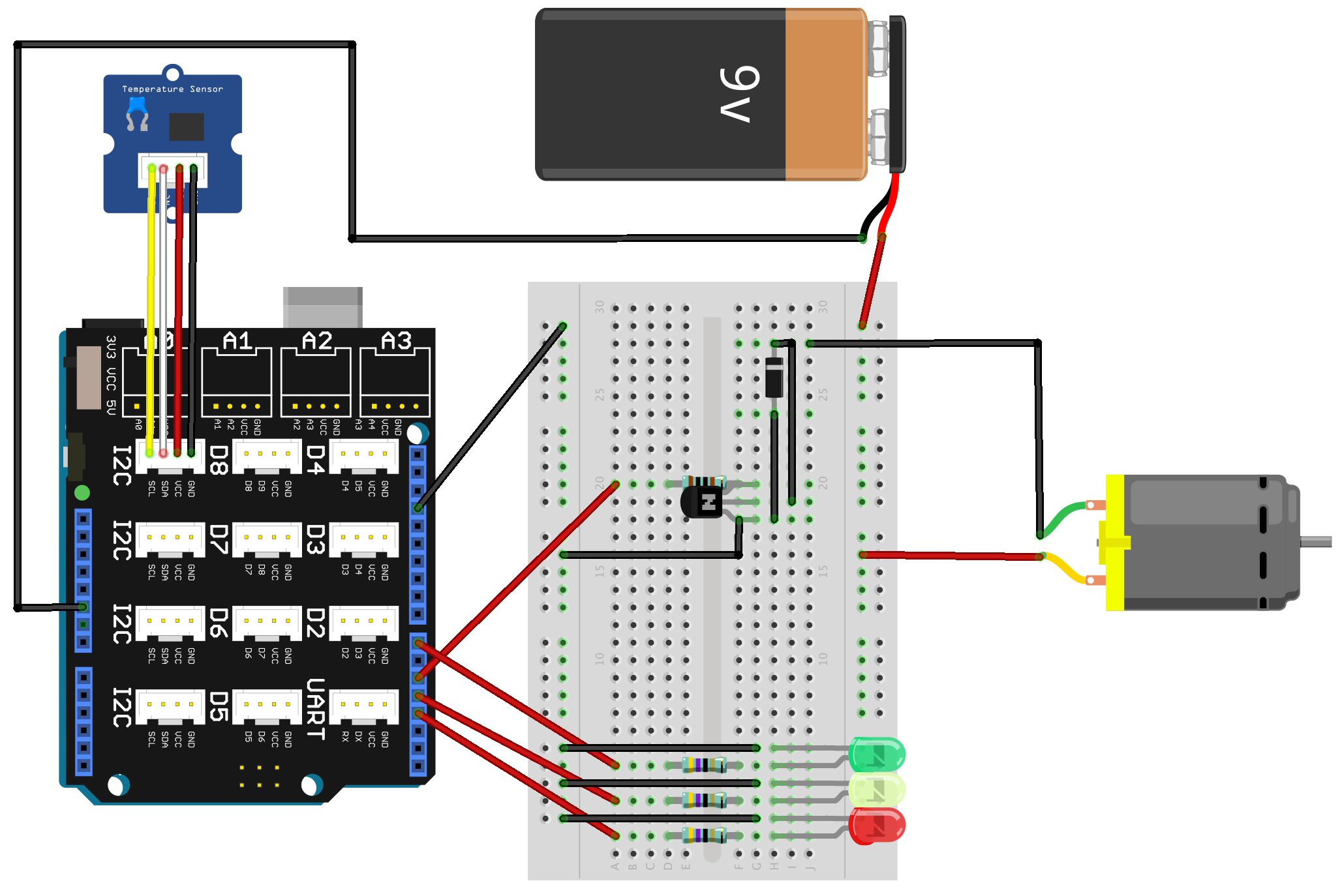 Image made with Fritzing

The base shield stacks on top of the Arduino and provides a breakout of connectors for various sensors and devices offered by Seeed. It passes-through all of the various jumpers from the Arduino.

The sketch (a program for Arduino) polls the sensor every second and gets a new humidity reading and then with a series of if/then statements it lights up various LEDs and determines when to power on the fan using the TIP120 transistor. The diode protects the Arduino from electrical spikes generated by the fan when it is shut down.

I also output to serial so that I can see what the sensor is reading.

I’d like to eventually use another sensor on the outside air so that I can shut down the fan once the to humidity measurements (inside and outside the gloves) match rather than shutting off the fan at a relatively arbitrary number. Here in Singapore, with the windows open, the humidity in the house is routinely 75+%. So if the external air is at 80% humidity, fans alone an’t drop the humidity below that.

Basically the sketch does this:

For my first “real” test, I left it for three hours while I ran errands so I don’t know how long it ran to reach the desired RH. However, after three hours, the test glove was 5% dryer than the control glove (no fan in it). Also, shortly after I returned and checked everything, the 9v battery died, so a single 9v with a single, small fan is inadequate.