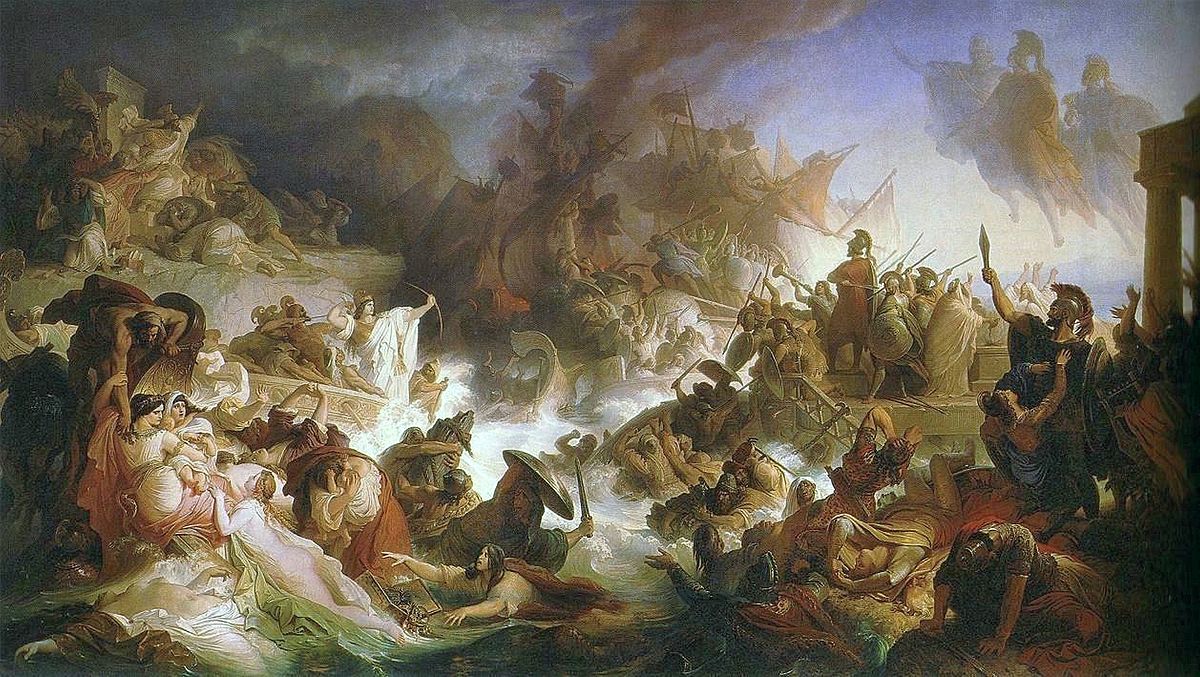 To set the stage: It is the second Persian invasion of Greece during the Greco-Persian Wars of 499 - 449 BC. Xerxes’ army just crushed the 300 Spartans at Thermopylae and destroyed 100 ships at Artemisium — two critical losses for the Greeks, which forced them to retreat to Salamis. The Persians, by any measure, were the stronger, dominant force. As they marched from Thermopolyae, they sacked and burned cities that refused to surrender. Rather than fight a losing battle to save the city, the decision was made to abandon Athens and flee to Salamis.

As preparations were made to defend Salamis, concensus of the Greek war council was leaning toward a traditional, land-based defense that included construction of a wall. Themistocles, a true Rogue ThinkerTM, dissented and argued in favor of an offensive naval attack, in which the Persians would not only be repelled, but decisively beaten. The plan was to draw the Persian navy into the Straits of Salamis, where their larger, less-maneuverable Persian ships were less effective and their advantage of overwhelming numbers was neutralized by the confines of the Straits. . 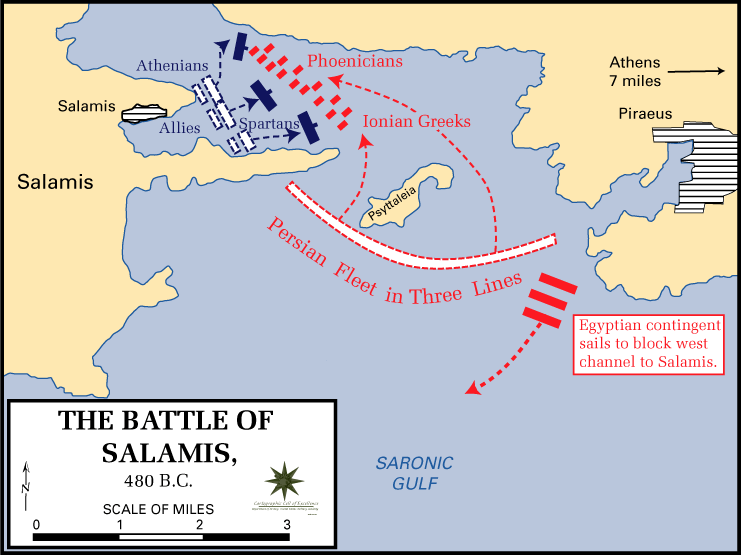 "Battle of salamis". Licensed under Public Domain via Commons.

Through guile and sheer persistance, Themistocles’ strategy was accepted and the Allied navy remained off the coast of Salamis, poised to fight the Persians in the Straits of Salamis. It is unclear exactly how the battle began (many of the details from that day are unclear) but before the battle Xerxes split his navy in response to information indicating the Allies were splitting due to infighting — Xerxes wanted to prevent any escape and to crush the Greeks once-and-for-all, thus avenging his father and the burning of Sardis, the Persian capital. The information was most likely disinformation and Xerxes fell for it, sending an Egyptian contingent south.

The actual battle of Salamis lasted only a day and the Greeks won a decisive victory, destroying nearly 300 ships while only losing around 40.

Perhaps more than eighty thousand imperial sailors were killed, wounded, missing, or dispersed—which would make Salamis the most lethal one-day naval battle in history, more bloody than even an Ecnomus, Lepanto, Trafalgar, Jutland, or Midway.

As a result of the loss, Xerxes left a ruined Athens and the Greeks mopped up the remaining Persian forces over the course of the following year. The victory at Salamis was massive for the Greeks:

The cultural result was exultation in newfound Greek freedom: “No longer was there a bridle on the speech of mortals, for the people were set free to say what they wished, once the yoke of power was broken.”

Themistocles was of course the savior general who turned the tide for the Greeks and secured their ultimate victory over the Persians, which enabled classical Greek culture to develop into modern Western civilization.

One need not be a cultural chauvinist to appreciate that Persian culture had very different ideas about personal freedom, democracy, the rights of the individual, and rationalism. Quite simply, without the savior general Themistocles, the world as we know it today might have been a very different place indeed.