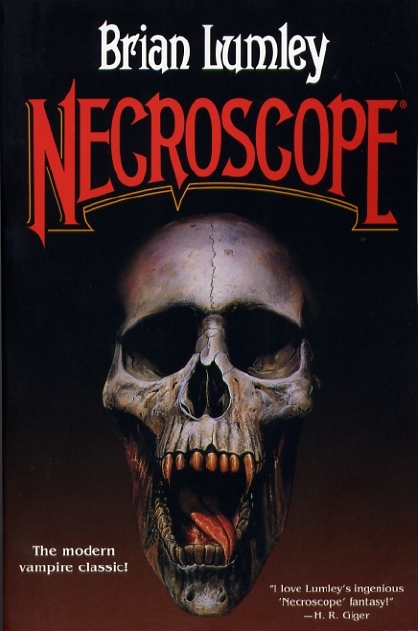 I read several of the books in this series when I was in high school. After watching Dracula Untold and being thoroughly disappointed I decided to re-read some of Lumely’s Necroscope series.

Lumley’s version of the vampire is dark, violent, even twisted — unlike the feel-good vampires of Twilight. Lumley doesn’t stray too far from the original; his vampires must be killed by the sword, the stake, or the fire. They can’t go out in the sun and of course they drink blood. But some of the differences from the original are that 1) a vampire only has one seed to pass on to create a true, prime vampire, a Wamphyri, not beholden to its maker, 2) vampires are aliens that bore into their host and form a symbiotic relationship with the host, and 3) vampires can shape-shift, molding their bodies into any shape given the same mass. They’re also extremely devious and expert, self-serving manipulators. You can never trust a vampire in Lumely’s world.

I usually try to alternate one book of fiction for every book of non-fiction I read. But I have enjoyed revisiting this series so much that I’ve read the first three books back-to-back.

If you’re into science/horror-fiction and are tired of the pansy vampires of pop-culture, check out the Necroscope series.