We already knew it, but here’s illustrated proof just how politically-polarized Twitter is. 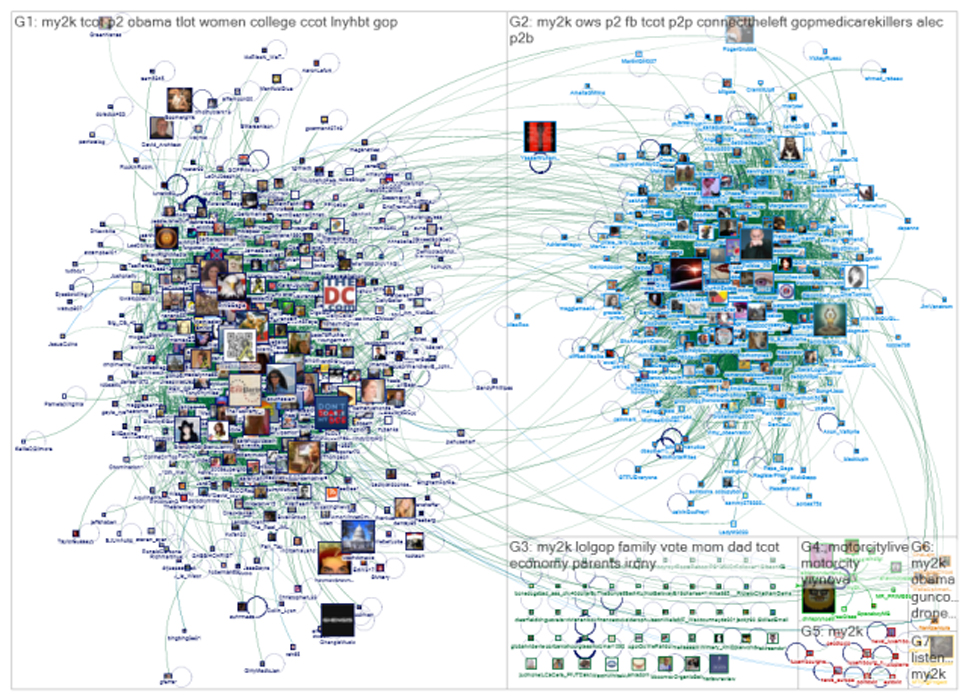 In the map above, the cluster to the right is the “liberal group” and the one to the left the “conservative group.” Not only do they rarely talk to each other, they also use different hashtags and link to different websites within their tweets. Only the rare user, such as @YasserMohamed2 (now suspended) has links to both groups. Unsurprisingly, researchers call this a “polarized crowd.” It is one of six archetypical network structures they found to exist on Twitter.

I’ve had a couple dust-ups on past Twitter accounts and it usually gets nasty quickly. I think in a lot of ways, the polarization extends into everyday life.

Here’s a quote from Ludwik Fleck, a virologist who spent time in a Nazi concentration camp:

Social media greatly increases the formation of thought collectives and makes it even harder to have a contrary opinion to your peers, I think because of the partial anonymity and also the disconnectedness of it. Think of the difference in disagreeing with someone on Twitter as opposed to face-to-face. It’s much easier on Twitter.