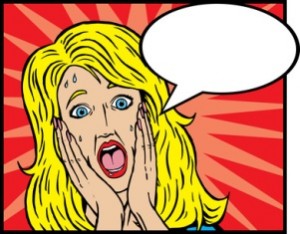 Another round of snow is on the way and yet again, the nation goes into full-blown panic. What the hell happened to people? I remember stories from the blizzard of ‘78 when the drifts were so tall I wasn’t allowed outside (I was only six at the time). Now that was blizzard. What we’re getting now is a friggin’ joke!

I remember other winters digging out the driveway so I could take the camaro out to see my girlfriend (yes, I had a mullet and it rocked). Nowadays, if you have to shovel the driveway, it’s something to piss and moan about.

I just made a run to the grocery to pick up some things for dinner and the place was mobbed by people getting milk and bread. Why do people get milk and bread in times like this? They do the same thing before huricanes. I get wine and chocolate. I have priorities.

Seriously folks, get over it. It’s winter and it snows in the winter. Sometimes it snows more than others. It’s not your damn hairspray’s fault…it’s not global warming’s fault…it’s not the Republican’s fault. It’s fucking nature.
kthanks.